On this trip, Zagreb was going to be an overnight stopping off point to pick up a car and then head south through Croatia, Bosnia and Montenegro. However, in just a short morning, I was able to discover a wealth of photography opportunities made all the more interesting by the fact that we happened to be visiting on the 25th anniversary of Croatia’s Independence from Yugoslavia.

We were again staying in an Airbnb place which this time was about half an hour walk into the ‘old town’ of Zagreb. The 9th-floor apartment gave some spectacular views across the city which our host described had an ever changing skyline as tall tower blocks were rising up in the area changing the view that she had experienced from her youth. The large metallic building on the left of the panorama below was only recently built and is now laying empty after the collapse of the communications company that originally built it. In the middle you will see a brightly coloured building which is the school of music which sits opposite a historic concert hall and then toward the right you will see the Cathedral in the Old Town, this gives you a view of the relatively compact nature of the city.

On our visit, there was a superb exhibition of sculpture and drawings by the artist Giacometti which I will let Fiona describe in far more eloquent detail and unfortunately, photography was not allowed in the exhibition which was a shame because of the fantastic lighting that had been deployed in the gallery. However, if the morning light was as good as it was for us, go to the rear of the Zagreb Art Pavilion where these fountains provide a great foreground to the building. 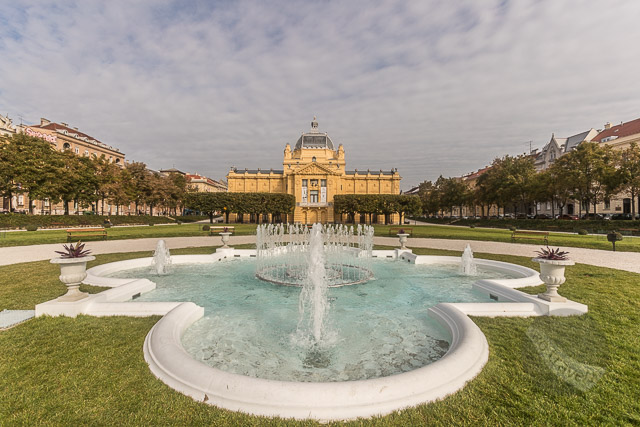 For some people watching, it is worth going from the front of the Art Pavilion a block to the north and stand in front of the Croatian Academy of Science and Arts and face toward the Park Zrinjevac. The residents of Zagreb have a certain strut as they walk through the streets and with a long lens you can get some really interesting views of daily life. 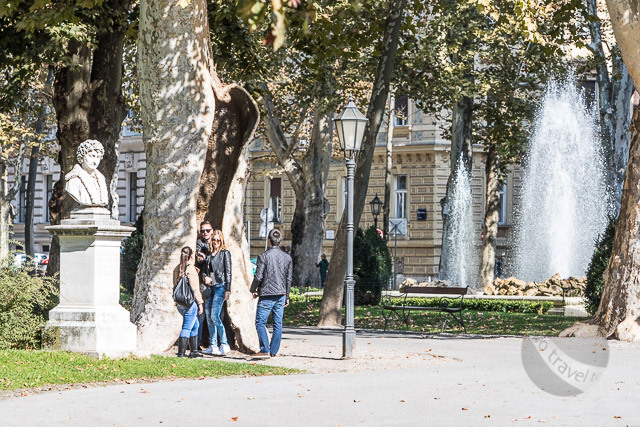 If you visit Zagreb on a Saturday, you will be treated to the Changing of the Guard which starts at the company’s headquarters across the road from the Church of St Mary and continues through the city until it reaches the Square of St Mark. Also on a Saturday is the farmers market that has some fun opportunities to capture daily life as well as the array of colours of the various fruit, vegetables and cakes that are on display.

The cathedral is currently undergoing conservation which is being well documented, however, this means an outdoor shot isn’t particularly attractive but you can enter the church and if you bracket when shooting can achieve some pretty good results. 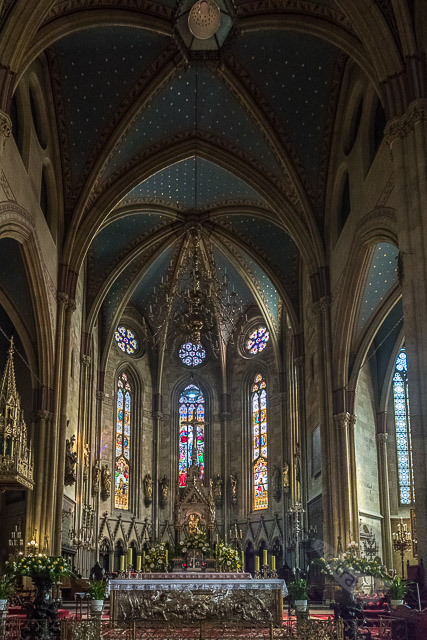 Our stay in Zagreb was far too short to experience the city and its culture to its fullest, but our hosts, Boris and Barbara, helped to give us a flavour of their home. It was great to chat to them as Boris is a documentary film-maker and Barbara is a fellow photographer (as well as looking after their three children).

If you are there around lunchtime go around the back of the Cathedral where you will see a white building which will (hopefully) be lit by the sun. Every few minutes, nuns will walk past and you can capture a wonderful shot like this one which is my favourite of the short stay in Zagreb. 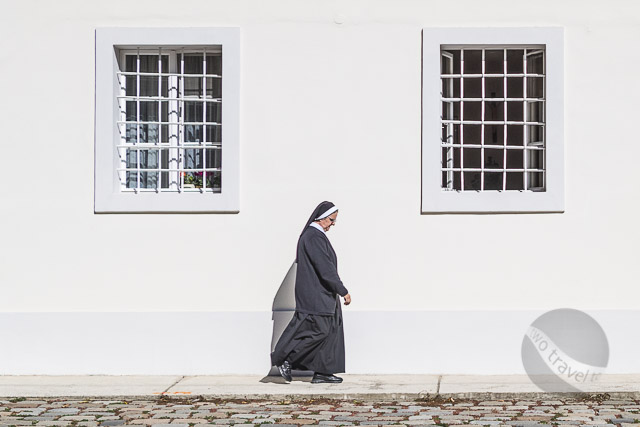