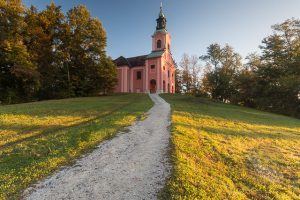 Slovenia is going through a tourist makeover with its very catchy slogan of I FEEL SLOVENIA and the people of the country have certainly taken their tourist boards slogan to heart. Rarely, have I been in a country where everyone is so polite and accommodating and I have never been in a country where a Norwegian Hiking class stops at the bottom of an incline where I was photographing this wonderful church on the top of a hill in Ljubljana to ask if it was OK for them to go past and checked that it wasn’t going to ruin my photo!

Sadly, our schedule only allowed two whole days in Slovenia and small parts of the days either side. We realised very quickly that this would never be long enough and a return visit is already being discussed.

After a delayed journey from Venice via Trieste we arrived late in the afternoon to Ljubljana by which time the light wasn’t great for photography, so instead we had the opportunity to leave the camera bag behind and explore the city. I live in Edinburgh and the capital of Slovenia feels very similar, even though the population is roughly half at 272,000. There’s an impressive castle on the hill, the population is mainly student or employed in finance or tourism and there seems to be a vibrant cultural scene. We came across two exhibitions, one at the City Arts Centre which included works by a number of Slovenian artists who studied together and another exhibition of medium format still life photography at a small gallery just off the main street.

This is our only stay on the tour that isn’t using an AirBnB apartment so we had the opportunity of eating in the restaurant of our hotel. The Guesthouse Stari Tišler serves a great selection of Slovenian food and when I decided on the ‘Rustic Plate’ which appeared to be the waitresses favourite dish a whole world of advice was opened up. As a result, the following morning we were up before dark walking through the Tivoli Gardens toward a viewing point that we were told provided excellent views of the city – unfortunately, it didn’t, as the high trees that cover the landscape of Slovenia, prevented a view to the castle. Instead, we were treated with the sun rising onto the picturesque Church of the Visitation of the Blessed Mary, lighting up the front of the building.

Our two main days were to be spent in and around Lake Bled, famous for its church in the middle of the lake which has to be on the bucket list of any photographer interested in landscapes. However, despite our restricted timescale we were keen to see other areas close to Bled. 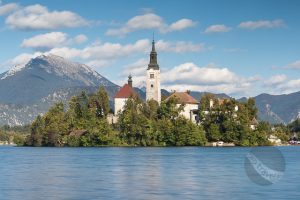 So, let’s get the church out of the way or to give it the proper name, Cerkev Marijineja Vnebovzetja (Pilgrimage Church of the Assumption of Maria). Everyone will want to see it from as many angles as possible and the lake is relatively small, you could walk the entire circumference in a little over an hour but the two best places I found were on the boardwalk which is accessible by parking at Bled Campsite (cost is €5 for a day but is only chargeable between 9-9 so sunrise shots get you free parking) and also a little further round just before the Terrace to Tito’s Palace. There are other view-points, 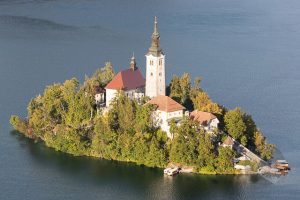 including high above the hills behind the lake where there are three spots although beware – if you have a stupid fear of heights like me then getting to them is going to be tricky. Ojstrica has a narrow path leading up to it with a sheer rocky drop of about 50 feet on one side to get to the viewpoint, Osojnica has two views; Mala (meaning small) and Velika (meaning high). The lower of the two is the most popular with photographers with the path to the point being slightly wider and much less sheer. There is also a barrier at this point so you would need to be pretty silly to go over the edge by mistake. 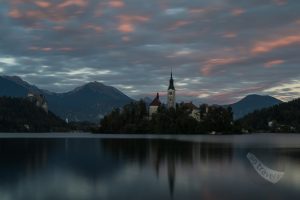 The other thing to be aware of around Bled is that there are large mountains to the West and East so the sun isn’t going to be getting into the lake at the usual hours of sunset and sunrise so plan ahead and use an app such as The Photographer’s Ephemeris to determine if there is going to be light. This doesn’t mean sunsets/sunrises can’t be good, it just that the light on the church and castle won’t be great. 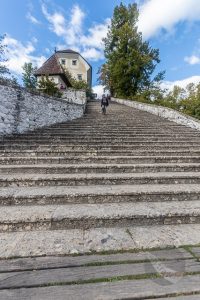 It is possible to go over onto the church using one of the Pletna (rowing boats) and whilst there isn’t too much to see it is definitely worth the short trip for two or three views. Legend has it that when a groom is getting married in the church he should carry his future wife up the 99 steps from the Pletna to the church at the top. Hang around for a while and you will get a relatively clear shot as one Pletna leaves the island and before another arrives. 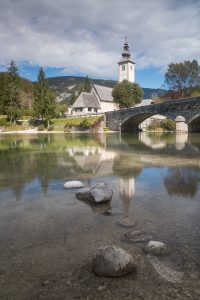 When you are in the Bled area though don’t just stay around this lake, a short drive away is another beautiful area called Bohinj which has a picture postcard church (Church of St John the Baptist) at the entrance to the lake. The best time of the day to photograph the church is around mid-day when the sunlight has moved around to light up the bridge and the church. There is a set of steps down to the lake bank where you get some lovely views. Around 500m from the church there is a walkway to a tree badged on Google maps as ‘that tree’. I didn’t know about it until after I had visited but it is easy to understand why it has received fame. Wait for a few minutes at this spot and you are likely to capture paragliders landing after jumping from the mountain above the lake. 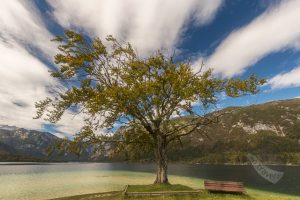 Returning back to Ljublana we had an hour to kill and visited the small hill-top town of Radovljica. There isn’t a great deal to do here but it is definitely worth a visit for a view across the Sava River to the little Church of St Lambert sat on the hillside above Lancovo. A few degrees to the right also gives you a great view of the highest mountain in Slovenia, Triglav which sits at 2,864m and forms part of the Julian Alps. 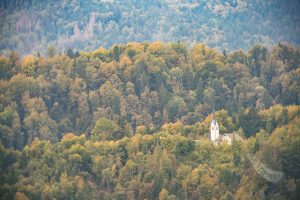 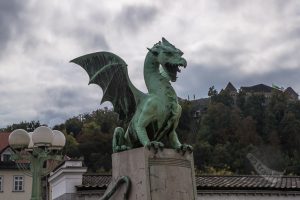 Back in Ljubljana there was just enough time to photograph the market that takes place in the town square as well as the famous Dragon Bridge. The dragons concerned aren’t connected to the St George dragon but instead relate to Jason and his Argonauts. It is said that when a virgin crosses the bridge that the dragons wag their tails, however, on this day the tails were perfectly still so either the ladies of Ljubljana have little in the way of virtue or the legend is very much a myth. 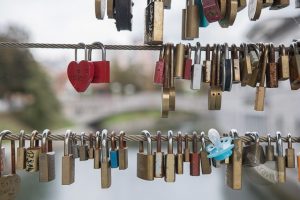 A final snap of Slovenia was the Butcher’s Bridge close to the Dragon Bridge which has developed a tradition of people placing a padlock on the reinforced steel girders since the bridge was opened in 2010. If you are so inclined, you can buy a padlock from the nearby Locka Bar which also serves some great beer by Slovenian Brewery ‘Human Fish’.

Next stop is Croatia but I have a feeling that this won’t be our last trip to Slovenia.

Despite the appeal of Bled, I think my favourite location has to be the Church of St John the Baptist in Bohinj. Don’t miss this if you are visiting the Bled area. 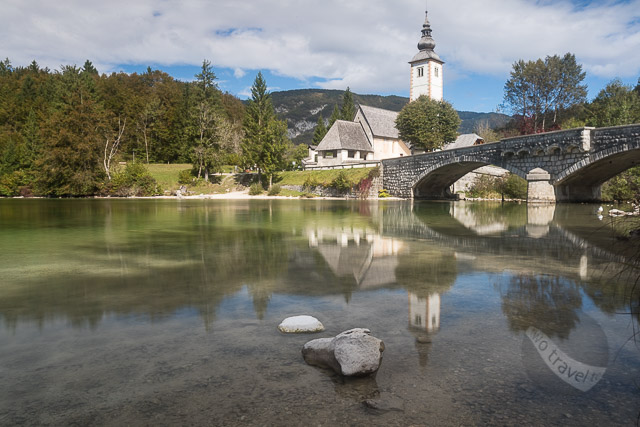