The next country on our three-week dash around the Adriatic is one that is probably off the track for the ‘beach junkie’ but as we found, thanks to our wonderful AirBnB hosts it’s their loss they don’t visit this wonderful country. I’ll be brutally honest, the war of the 90’s following the break-up of Yugoslavia has left Bosnia & Herzegovina (BiH) faring the worst out of all the former republic countries with buildings still showing visible signs of gunshot and missile damage but I would encourage you to look beyond this and you’ll find a country worth exploring.

We stayed in Mostar, which is in the Herzegovina part of BiH and the main focus of your photographs will no doubt be the ‘Old Bridge’ or to give it the proper name ‘Stari Most’. The bridge was destroyed during 1993 and has been rebuilt to physically bridge the gap between east and west Mostar. Throughout the day young men will tantalise visitors that they are about to leap the 20m drop from the bridge into the river below. You can pay for them to do it for you but at €30 for a jump it’s probably best going when there is a group of photographers around who are prepared to chip in. 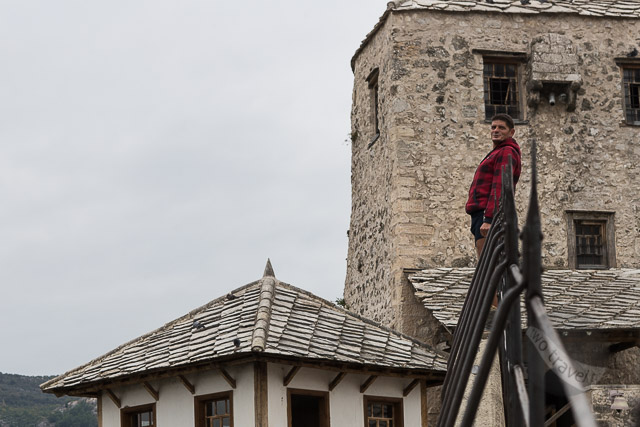 To photograph the actual bridge there are three or four points where you can get a good view, three of them being on the West side of the river and these are the ones I concentrated on. The first is accessed by a path just after you have crossed the bridge from the East side and will take you down to a small pebble beach immediately below the bridge, to me this is the worst of the locations so only head to this if you are going to be snapping a jumper from the bridge. The best places are accessed by crossing the small river that runs into the main one to an area called the Auditorium. This can put you at river height to photograph the bridge but there is some concrete along the bank that can be distracting in your photos. The best place, for me, was to walk to the top left of the steps at the auditorium and follow a small path through some trees and you will get a slightly elevated view of the river and the bridge like this – the only issue may be that you will get photographers who don’t know about this secret spot in your shot. 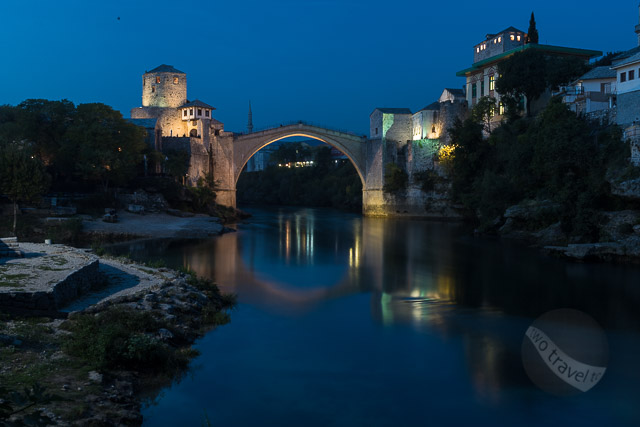 I thought that sitting watching the light change that the haunting sounds of the various mosques around the city was relaxing but others may have their own views. To experience a flavour of the sounds I have added a video of the evening call.

Call to Prayer in Mostar from Two Travel To on Vimeo.

Whilst in Mostar though, head toward the West side of the city toward the street called Bulevard and you will see one of the most chilling reminders of the war and an artistic response to it. You will come to a square called the Spanish Square (Spanski Trg) which has a memorial to 22 Spanish soldiers who were killed in Mostar during the war. Beyond the square there is a derelict building which used to be the Staklena Banka building and it was from here that snipers shot into the square as people tried, under the cover of darkness, to move about the city. 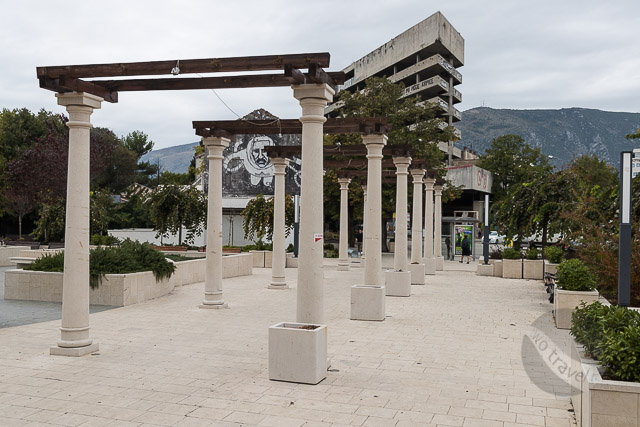 As you approach the Staklena Banka building you will see a modern day response to the killing that occurred here with street artists decorating the building with positive messages about the re-building of the country and the city that was ripped apart by war. There is a street-art festival here every year which adds to the collection of art being displayed. It is possible to get into the Staklena Banka building by climbing a wall at the furthest point of the building on Kralja Zvonimira but do this at your own risk, this is not an authorised attraction. I have added the graffiti below so you can see where the climbing point is if you chose to. 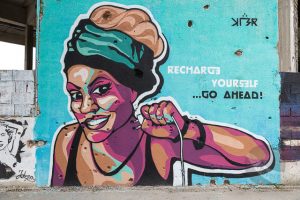 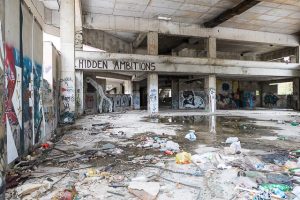 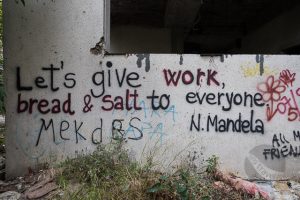 Before leaving this area of the city, head into the park across the road to see one of the most bizarre responses to the war. When thinking of erecting a statue to a person that could bring both sides of the war together, it would appear there was one obvious choice – someone to whom regardless of race, colour and creed people could connect with. Who else but Bruce Lee fits the bill! 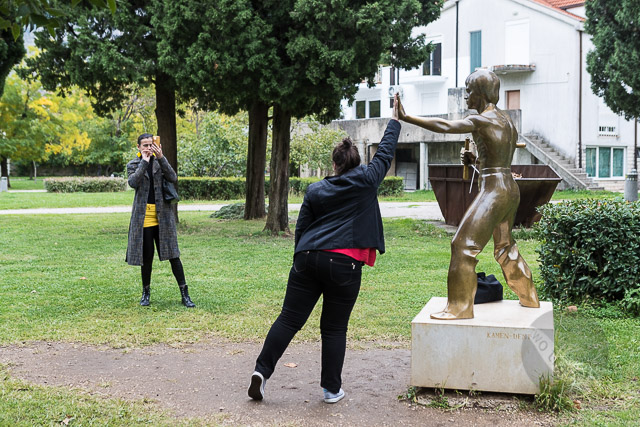 In contrast to Mostar, Sarajevo appears to have recovered far more following the war and has a vibrant old town area which includes the Coppersmith’s Street which offers handmade traditional coffee sets as well as the less traditional machine gun bullets made into pens. I found that seeking out the shops that had older men manning the stalls seemed to have more quality copper goods than those ‘manned’ by the prettier ladies. 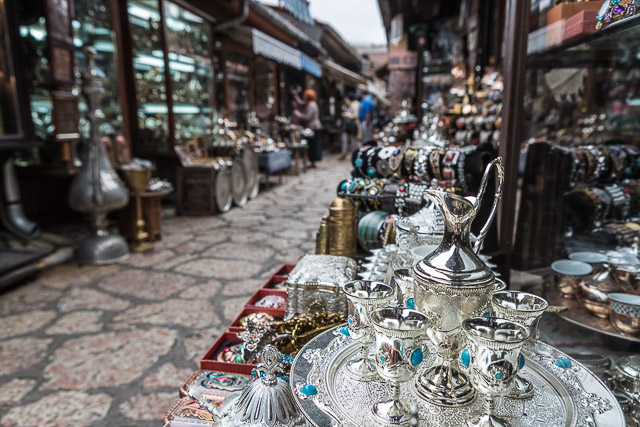 Along the street Obana Kulina Bana there is a bridge which stands out architecturally from the rest of the surroundings. Named the Festina Lente (latin for Hurry Fast) it was built in 2012 and provides an interesting a fun passageway to The Academy of Fine Arts. 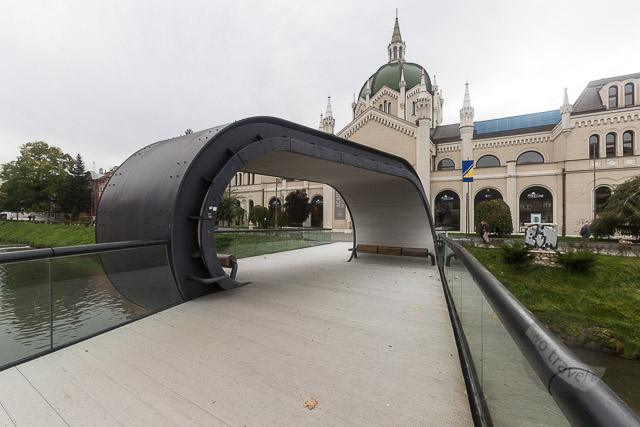 For a couple of more unusual sights in Mostar head toward Liberation Square (Trg Oslobodjenja) where men spend the day playing chess on a large-scale board. Gone is the quiet hush that you would expect from Chess and instead each move is greeted by loud groans or comments from the combatants and spectators. It’s worth spending a few minutes to enjoy the spectacle. Just around the corner from here is the unusual vision of a red London Bus parked up on the street, clearly not moving anywhere due to the flat tyres. It has a German number plate but I am assured by bus experts that it originally started life as a bus in Dorset and is now living out its retirement as an advert for a local bar. 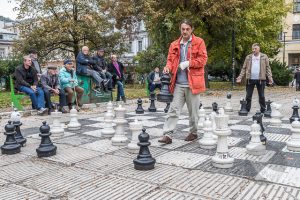 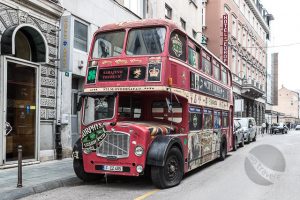 Before leaving Sarajevo there was monument that reminds you of the horrors the city saw just two decades ago. The Monument to Children Lost in War is built of glass and depicts mother and child, commemorates over 1,500 children that died during the four-year siege. 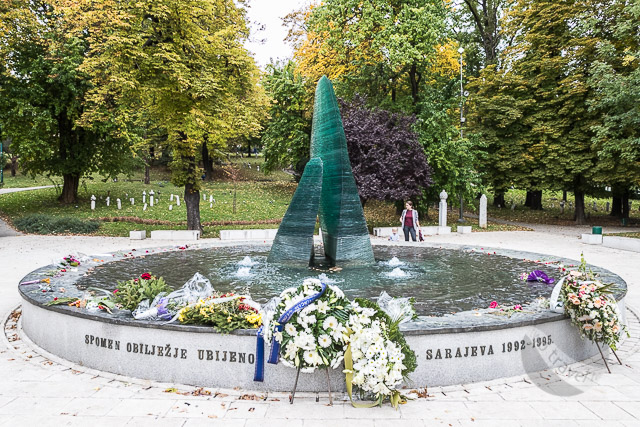 Heading out of BiH our last stop was the peaceful Blagaj. Here there is a Dervish monastery sitting on the river as it leaves a cave and falls down a gentle waterfall. There is a viewing point of the falls from a restaurant on the opposite side of the river to the Dervish House, but to get the best view, go around the back of the restaurant and follow the small sign pointing toward ‘boats’. 100m along quite a small path you’ll find a much better view of the Dervish House and the cave. 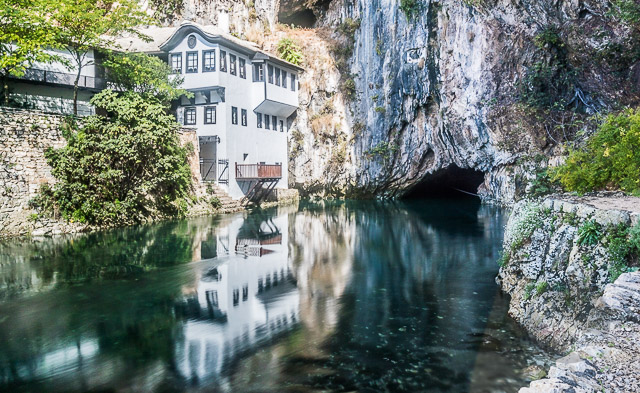 This is a tough one but I think it has to be Stari Most at Mostar that takes this one by a nose from Blagaj. Wait until the blue hour and it is lit magnificently from the viewpoint by the auditorium.