Heading from Plitvice down to Split we decided to have a very brief stay in the coastal town of Zadar which was vaguely on the way. The journey south can be breath-taking with some huge tunnels including the 5.6km Sveti Rok Tunnel which cuts through the mountain range in the middle of Croatia.

As this was a flying visit, it is in no way a definitive guide to Zadar but, hopefully, it will pick out a few good locations to visit and it is also the first foray for the blog to post a video as well as still images. Zadar is the oldest continually inhabited city in Croatia and as you walk around you can see evidence of settlements going back to Medieval and Roman times.

Starting at the Easterly edge of the Old town you will find a line of five wells that were built in the 16th century by the Venetians who were helping the residents of Zadar to fend off a siege by Turkish invading armies. They are no longer operable but they do make a pleasant image with the city walls in the background. 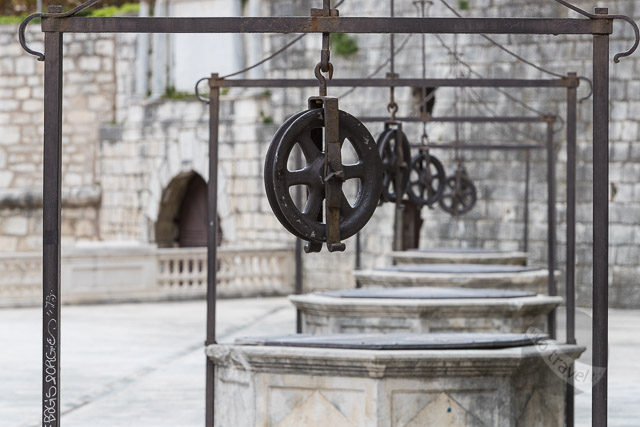 Like Venice, there are many winding passageways in the old town of Zadar and so keep an eye out for photo opportunities such as this one which I noticed as we headed from the five wells toward the port area. 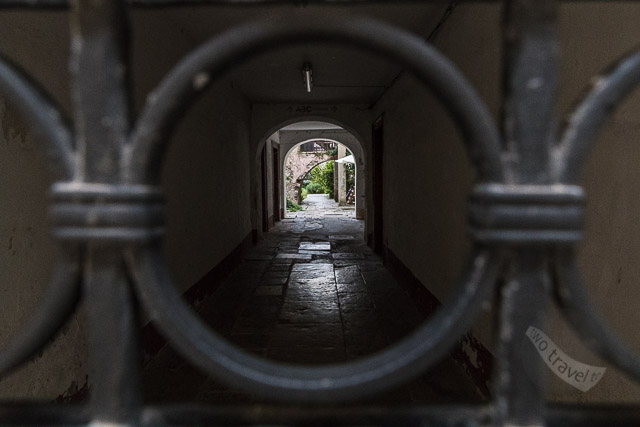 Another feature of the Zadar old town is the stone pavements that have been smoothed to a shiny surface over the years of being walked on. Unfortunately, most of the streets have souvenir shops on them with signs blocking the view along the pavements but if you wander some of the more residential areas you can find a fairly clean shot to feature them. 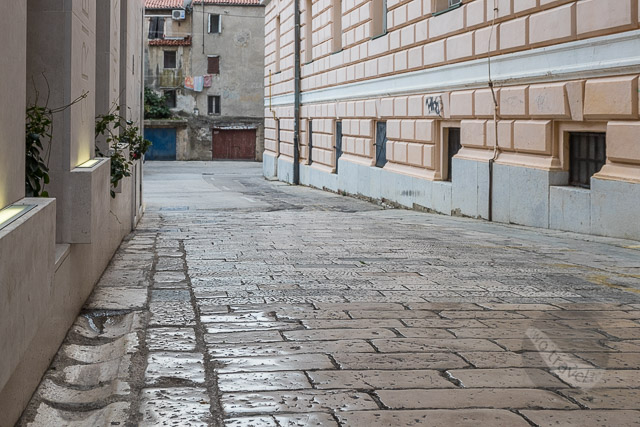 The Roman influence on Zadar can be seen close to the harbour at the Forum which was built between 2 BC and 3 AD but then was destroyed by an earthquake in 6 AD and lay undiscovered until the 1930’s. At the back of the Forum is the Church of St Donatus which was built in 9 AD. Hunt around the remnants of the Roman statues to find some leading lines to feature both these historic places. 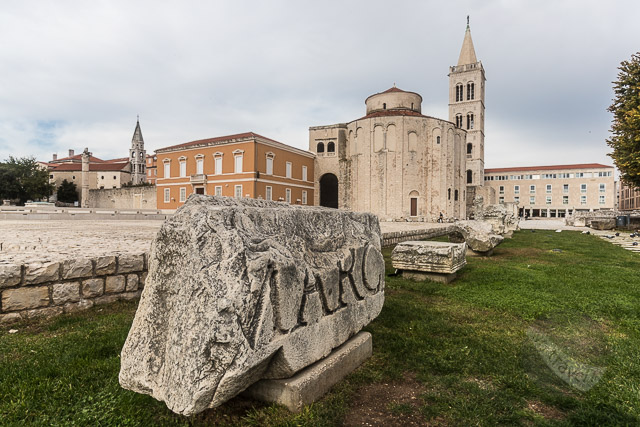 From the very ancient to the very modern, about 500m away are two pieces of artwork by architect Nikola Bašić. The first is a sea organ which was opened to the public in 2005 and uses the flow of the waves in the harbour to push air through polyethylene tubes into a resonating cavity and then out into holes set into the marble steps that the public can sit on. It’s easy to sit for hours listening to the soothing sounds created by the organ but be careful – if one of the large super-yachts sails into the harbour the wake created can flow up two or three steps and it would be easy for your expensive camera gear to be washed away. 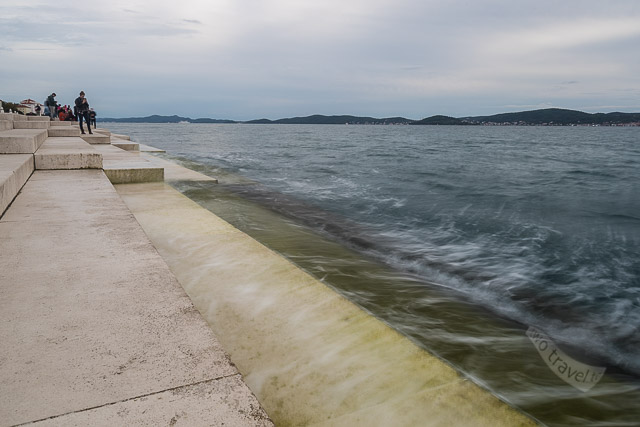 Next to the Sea Organ is another Bašić artwork called Greeting to the Sun which consists of a large set of solar panels that collect energy throughout the day, then as the sun falls they light up to create random patterns throughout the night. 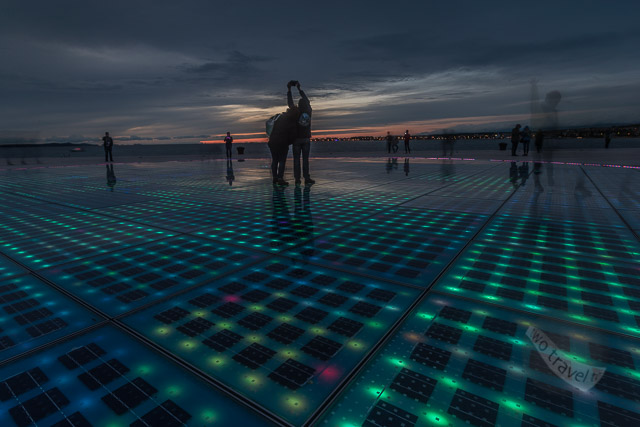 Spend a minute to listen to the Sea Organ in the video below and enjoy my favourite location, the harbour wall of Zadar. 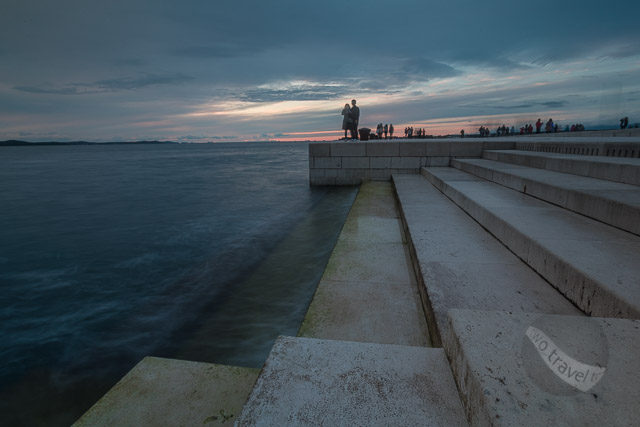