Next stop on our trip is Montenegro, this isn’t going to be as long as the other blogs due to a combination of bad weather and bad tummy but nonetheless, we still managed to find some different views on the city of Kotor and the nearby town of Perast.

Getting to Montenegro from Mostar in Bosnia can be done a number of ways but we chose to avoid routes including one of the most dangerous roads in Europe and instead crossed four borders (Bosnia to Croatia, Croatia to Bosnia, Bosnia to Croatia again and finally Croatia into Montenegro). This was recommended by our BiH hosts as the border at Metković has far fewer hassles than other crossings. This route gives some tremendous views of the Adriatic coast as we travelled.

Kotor is the major city within a large bay that is the entrance to Montenegro for over 400 large cruise ships each year. As the ships dock into port the numbers of people in the city increases hugely so if you can try and time your visit to avoid days when large ships arrive. On our first day, there were three cruise ships in the bay including the Seven Seas Explorer which is apparently the most luxurious cruise liner in the world with the most expensive suite on the ship costing £10,000 a day! 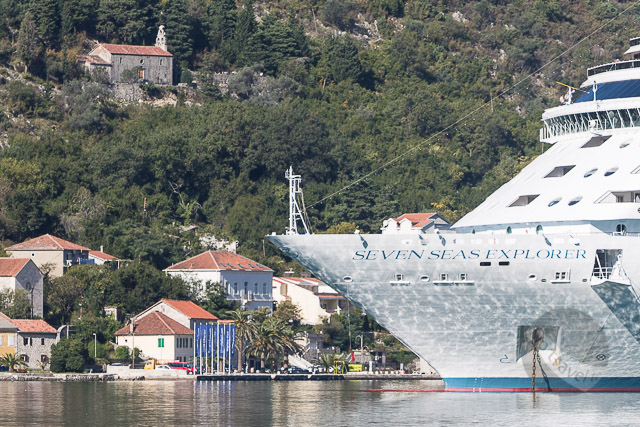 The Old Town of Kotor follows a similar theme to those in Split, Trogir, and Venice in being a series of narrow lanes leading toward larger squares and entered through gates around the city. The two gates below are the Sea Gate which is the main entrance and the Bastion Gate. 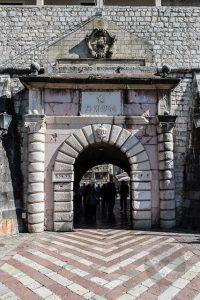 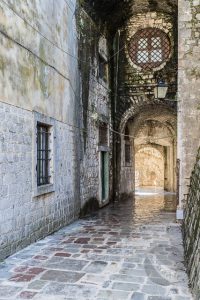 There is another similarity to other Old Towns too, that allows me to get on my soap-box briefly. These are all UNESCO sites yet there seems to be a lack of concern by the local authorities to the number of shops that destroy (or at least damage) the aesthetic of the historic sites. Living in a UNESCO city I am equally frustrated at home that we fail to keep at least some of the area from the scourge of capitalism. 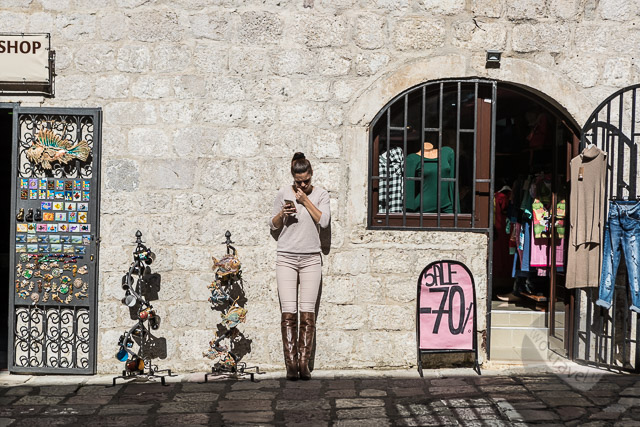 The best views of the bay are to be had by walking up the city walls toward the bastion on top of the hill. However, the most photogenic view is just past the Church of our Lady of Remedy which gives you some nice foreground interest. Better still is that most tourists will take a break at the Church so you will get fairly long gaps with nobody coming up the hill. The walk up the fortress walls is well worth the €3 entry and is highly recommended. 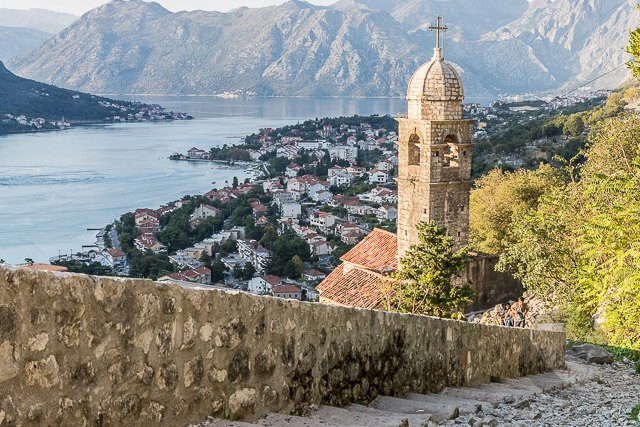 Whilst on a boat trip around the bay we were pointed out a derelict hotel that sits at the end of the bay. The pilot of the boat was quick to point out that it was English people who had bought it then done nothing with it. This led us to do a bit of investigating and on this occasion it would appear that the English were innocent of any wrong-doing as indeed was any of the countries of the UK. The apparent owner is a disgraced Irish banker who has allegations of bribery and corruption also blighting his name if you believe Google. The hotel can be a good site for visiting urban explorers but you will need to dodge the locals who have commandeered the tennis courts and changing rooms to allow visitors to have a game. 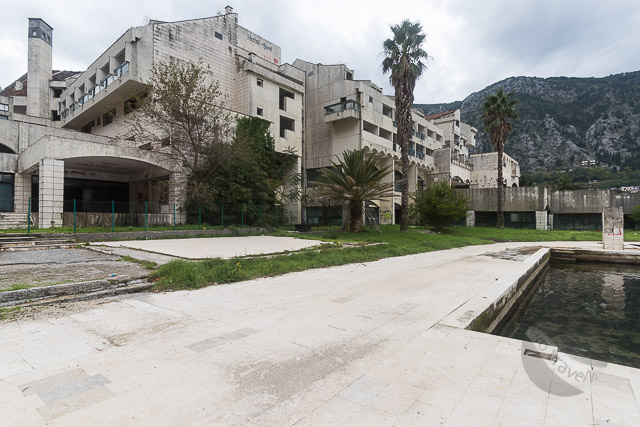 As you walk the streets of Kotor you will notice an abundance of cats, so much so that the souvenir shops even sell items branded with the Cats of Kotor on them. If you must buy tat then there are a couple of shops that will donate part of their profits to the neutering of stray cats due to the way they are taking over the city streets. 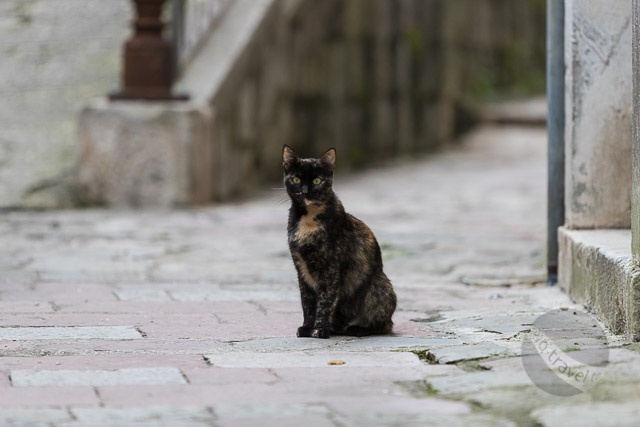 Heading away from Kotor, back to our final stop, Dubrovnik, the route took us past Perast. It is famed for its two island churches that sit a short boat-ride away. St George Island is the original and most photogenic and then next to it is the man-made island Gospa od Škrpjela. I found the best spot for St George Island was where the road out of Perast heading from Kotor re-enters the main carriageway. Here this a small layby that allows you to put the Island in the gap of the Verige Strait that connects the Bay of Kotor to the sea. 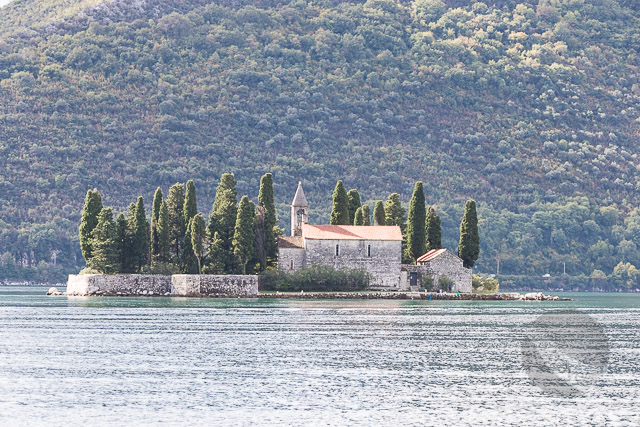 That is a short look at a small part of Montenegro and certainly not an in-depth look but I will leave you with my favourite location from this short-stay which was probably influenced as much by the conditions as by the spot. The area of Dobrota in Kotor is a small fishing village which has far fewer boats than Kotor and when you get perfect conditions like this it is a photographer’s dream! 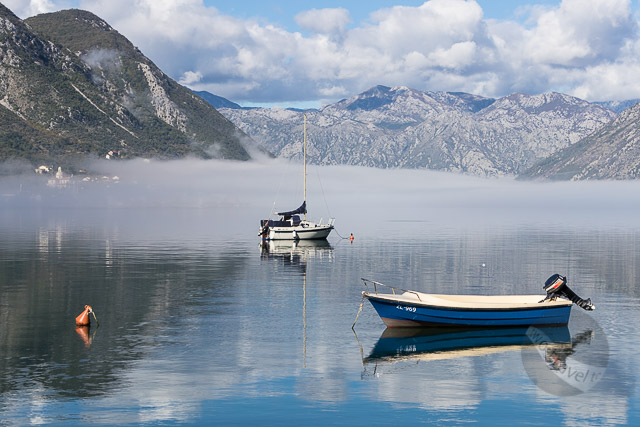